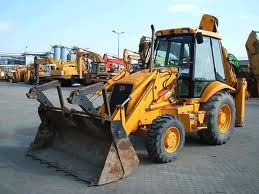 Thanks for this wonderful series of posts! It's very obvious how much fun you had at Mrs Darling's Academy! And your descriptions really show how much work it must have been for Lucy McLean and Amy Hunter to prepare that special event. It's great to hear that you had such a fantastic weekend! :-)

Great write up of the weeked, love all the detail and fell about laughing when I saw the JCB!

You were an absolute delight to get to know and to get into trouble with. Hope to have the pleasure of doing it all again soon ;-) xx

Kaelah - SO glad you enjoyed it! I had a real blast. It was the first time I had done a whole weekend of roleplay just for fun. I will remember it forever and so many events still bring a smile to my face.

EJ - Thank you lovely! I was geeky enough to make notes of events over the weekend. I left out your triumphs so you may detail them yourself ;-)

I loved getting to know you too, I think we are kindred spirits!

Wonderful accounts!
One of the best things about the weekend was getting to know people better/for the first time. And you my dear, were an absolute pleasure to get to know. It was lovely to find someone who is even better than me at digging that hole deeper and deeper :-D

Eliane - SO great to meet and get to know you too, and as you say it was good to have around someone who also specializes in hole digging ;-)

Tattie scones - just the job in this weather!

Leia
Great accounts which i could visualise. I assume none of it was filmed for broadcast or was it?

Would be great to see.

Hey Maurice - not a fan of potato so will not have tried these, sorry :-(

Paul - No, this was private play, just for fun. Sorry!

Love all three of your writeups, great to have all the details down somewhere and read your version of events!

It was great to roleplay with you and get to know you a bit better. You were responsible for some of the most memorable bits of the weekend, not least the FS fruitbat....

Pandora - Thank you my lovely, so glad you enjoyed them, despite my lack of proofreading! It was great to roleplay with you too and I hope you had as much fun as I did, even though you were troubled by a cold.

Thank you, I aim to please and do a Saturday matinee ;-)

This is such a wonderful set of posts! The threat of the dental inquisition using apples as a biting template had me almost in tears of laughter.

A Finishing School after my own heart, for sure. My hat goes off to Lucy and Amy not only for their splendid imagination but for being able to keep you lot in some semblance of order!

Indy
(generally not considered to be innocent, whatever Wordpress may think)

Indy - So glad you enjoyed the posts about FS. I loved it so much, because it is right up my alley and i was lucky enough to know the two Ladies running it really well. Twas a really great weekend.